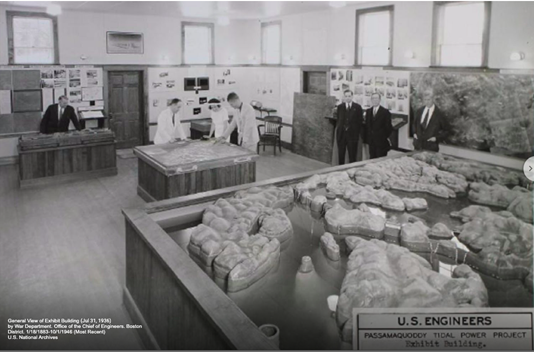 A recent article in La Fenetre Magazine reveals the hidden history of tidal power and explores how this technology looks like today.

WILLIS, TEXAS, UNITED STATES, March 25, 2021 /EINPresswire.com/ — According to a new article in La Fenetre Magazine– Many who are passionate about renewable energy are unaware of the unrealized history of tidal power. However, those who are most attuned to the world’s most powerful untapped energy source or those privy to New England history know the name Passamaquoddy Tidal Power Project. La Fentre explores the history of this of this technology, and gives us perspective of how it would look in the future.

Tidal hydroelectric power can be produced by a flow of water from a higher to a lower level through hydraulic turbines. Ocean tides are powerful generators, in that they occur regularly and are inexhaustible, and unaffected by changes in rainfall. By utilizing sites like those in Maine with considerable tidal ranges, tidal mills are a “free and renewable source of energy.”

President Franklin D. Roosevelt was a great champion of the Passamaquoddy Tidal Power Project. He endorsed engineer Dexter P. Cooper’s idea during a speech in 1920, and went on to support the Project’s creation of working tidal models through the 1920s. Their vision was international; and the Project knew they would need public support or funding from “big power companies like General Electric, Westinghouse, and Alcoa,” and hoped to secure $1 million in private funds for construction.

The Project went on to receive $7 million in 1935 by the New Deal Era Public Works Administration led by President Roosevelt, funds Roosevelt could allocate without Congressional approval. In 1936 due to political disagreements the project came to a halt which forced the city to declare bankruptcy in 1937. The Maine history archives call it the “Unfulfilled Dream of Tidal Power,” noting that discussion of reviving the Project has surfaced frequently, and “Each time, most people agree that the engineering plan is sound: the project could be built and it would work.

President John F. Kennedy was yet another powerful supporter of the promise of tidal power. He dedicated his speech at the Maine Democratic Party Banquet in Augusta, Maine in 1959 to discussing the Passamaquoddy Tidal Power Project.

President Kennedy stated, “Soon after I took my oath of office as Senator, nearly 7 years ago, I urged an immediate study of the economic feasibility of harnessing these huge tides. I said then that such a study was urgently needed if we were to plan and prepare for the pressing power needs of Maine and all New England. And it is clear from this recent report that to tap this fantastic flow of 70 billion cubic feet of water each day would be a tremendous spur to the economic growth of Maine, and New England, and the entire United States.”

He states that France and the Soviet Union are already pioneering in the hydroelectric power field. Thus, by combining the effort of “science, private industry, and Government will surely keep this Nation in the forefront of technological progress in energy and electric power.” He confirms that he would be initiating negotiations immediately with the Government of Canada toward a satisfactory sharing of benefits that occur on international waters, and that the Interior Department and the Corps of Engineers accelerate their work on the remaining studies of details.

“It can be one of the most astonishing and beneficial joint enterprises that the people of the United States have ever undertaken.”

No major advancements have been reported since this speech, and, as one article recently wrote, apparently “the vision of Passamaquoddy died with President Kennedy, on November 22, 1963.”

Many questions remain about the unreached potential of an energy source of such a massive magnitude. As J.F.K. knew, the Passamaquoddy Tidal Project could have provided a sustainable, affordable model to be used internationally.

As sustainable models are being considered by the Biden administration, Ocean Energy Conversion (Wave, Tidal & Current Systems), should be at the top of their list, in that they all outperform both wind and solar energy by efficiency, cost, land and materials usage, and (lack of) waste creation. The public outcry for alternatives to fossil fuels and the decline of the oil industry provides the perfect opportunity to replenish the vision that began in Passamaquoddy Bay. Federal funding for a project such as this would be more than plausible, as it is negligible in comparison to federal subsidizing for “oil and other nuclear industries in America.”

Many might question who would be equipped to carry out the broader legacy of tidal power, now “ocean energies”?

Developed by visionary Founder and systems inventor Kenneth W. Welch Jr. over decades, the SeaDog Wave Pump is the centerpiece of SeaDog Systems, Inc.’s sustainable infrastructure technologies. Diamond Infrastructure Development, Inc.’s energy technology suite provides a truly clean and renewable, grid-scale wave power driven system that would provide the same economic and fiscal efficiency as hydroelectric dams, without the dam or the numerous environmental impacts of dams. It is a modernized model and scalable model that would take the legacy of the Passamaquoddy Tidal Power Project to new heights using wave energy.
As Presidents Kennedy and Roosevelt understood, ocean energy is one of the most durable, impactful, and consistent forms of energy available on this planet in its many forms. In the words of J.F.K., “Man needs only to exercise his engineering ingenuity to convert the ocean’s surge into a great national asset.”

SeaDog Systems, Inc. is equipped and prepared with the systems, infrastructure, and implementation design to make the “unfinished business” of tidal power a reality, and offers more than a glimmer of hope to the sustainable energy industry. The promise of tidal power deserves to be lived out, for all of those who will benefit from it in all of its forms, and for all of those who believed and pushed the vision forward through the years.

You can read the full article here!