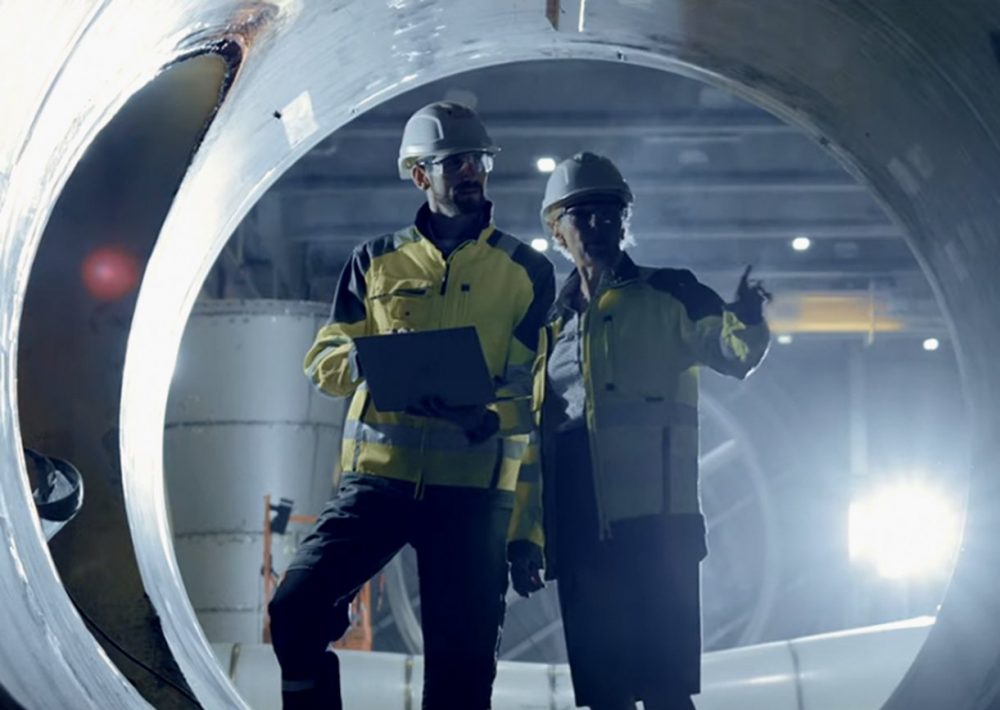 As the climate crises continue to be ticking time bombs for our planet, A new article by La Fenetre Magazine highlights Diamond Infrastructure Development, Inc. for their efforts to change the landscape of energy sustainability practices while informing the masses of alternative paths that bring the best of renewable energy options.

According to the article; solutions to the climate crisis will often lead to discussions regarding solar, wind, and hydroelectric power renewables. These solutions have long been touted as near-fail-proof options and the ideal counter to fossil fuels. What may come as a surprise to many is that this “green” energy isn’t green, clean, or socially responsible.

Georg Engelmann, President, and CEO of Diamond Infrastructure Development, Inc. comments on some of the downfalls of “green” energy, “Solar panels are one of the least efficient power producers in existence. They leak toxic chemicals into the groundwater with age and while they capture the sun’s rays, they in effect rob the Earth of natural radiation.”

Wind power has long been seen as a formidable replacement of fossil fuels as well, but this option lacks practicality. Engelmann continues, “Wind power is not much better. The fiber epoxy composite blades are hundreds of feet in length, not recyclable, subject to wear, tear, fatigue, and lightning strikes, needing replacement regularly, and already piling up in landfills with no means of decomposition.”

The Article States; “Dams can be used to generate electricity, but oftentimes can be harmful to wildlife and provide safety hazards.” Kenneth W. Welch Jr., groundbreaking Inventor and Board Member of Diamond Infrastructure Development, Inc. states, “Hydroelectric power through dams brings its own complications. In some cases, Hydroelectric dams produce more greenhouse gases than fossil fuel power plants, whether due to the manufacture and use of millions of tons of reinforced concrete, the impact to local habitats for miles of roads, hundreds of acres of excavation, or the off-gassing of methane due to the rotting of submerged vegetation.”

Diamond Infrastructure Development, Inc. plans to provide answers with the deployment of technologies developed by Global Oceanic Designs and SeaDog Systems. “Dam Free Hydropower” has proven to be one of these answers, becoming a powerful ally when used correctly.

While dams in bodies of water can be decent sources of power, their negative impacts should no longer be ignored. The revolutionary centerpiece of Diamond Infrastructure Development, Inc.’s technologies is the SeaDog Wave Energy Carousel, a commercial embodiment of SeaDog’s, “SeaDog Wave Pump”. It harnesses energy from the waves of the ocean, producing pressurized water that can be used for applications, particularly turbines that will produce electricity. It provides hydropower without the pitfalls of dams. The SeaDog Wave Energy Carousel is eco-friendly and sourced from raw materials that are fully recyclable.

Hydropower remains a largely untapped source for renewable energy. The SeaDog Wave Energy Carousel uses the up and down motion of the waves to power its pump carousel. Wave energy usage has been hugely underutilized. Diamond Infrastructure Development, Inc. are pioneers in the usage of this type of hydropower.

An immediate goal of Diamond Infrastructure Development, Inc. is the creation of a network system, spanning the US Eastern Seaboard. This near-shore scalable carousel wave system would provide a hydropower grid for coastal communities from Maine to Miami. These real goals will offer low cost and high output energy efficiency, improving the quality of life for a wide range of communities and stakeholders on the Eastern Seaboard, while ensuring the creation and survival of an abundant energy and habitat system, increasing marine life itself.

Water and power won’t be the only commodities Diamond Infrastructure Development, Inc. will affect. They will have their hand in hydrogen distillation, atmospheric fuel synthesis, among a plethora of different commodities that can be leveraged for the new Blue Economy movement, enabling green hydrocarbons and other economically viable opportunities in the near future.

These impending actions will be even closer to coming to fruition once phase two of Diamond’s go-to-market plan is enacted. After the success of phase one, phase two will now offer 3 million shares at $10 a share. A portion of this $30 million fundraise will build out the smallest commercial-scale SeaDog Carousel System for low-end wave heights. This commercial marketing tool will showcase some of the most remarkable features, at scale of this flexible and robust carousel system.

Diamond Infrastructure Development’s technology enhances the environment, providing many tangible benefits. Expansion into the ocean environment provides nearly no downside. The earth is about 70 percent water, providing the possibility for a lot of wave-driven hydropower energy production.

These should not be perceived as dubious claims either, conventional hydroelectric power accounts for 6.6% of the total electricity production in the U.S. The effectiveness of hydroelectric power has been proven many times but never applied with the correct proficiency, such as dam-free hydroelectric, wave-driven energy from our oceans which uses the same dam-based turbine system, without the dam, or the issues inherent in the creation of such massive infrastructure systems.

The article states; “Diamond Infrastructure Development, Inc. has planned their intervention of the Earth’s aging energy infrastructure, not with repairs or additional problematic systems, but with evolved practical energy solutions, scaled for real-world ocean environments!”

You can read the full article at: https://medium.com/la-fen%C3%AAtre-magazine/diamond-infrastructure-development-inc-plans-an-environmental-intervention-66d78bd60670